The move came hours after both Fatah and its Hamas rival called for a second week for demonstrations throughout the West Bank and Jerusalem on Friday to protest Israeli security measures at the flashpoint holy site, significantly raising fears of renewed violence even after Israel removed metal detectors at the Mount.

This is about right: 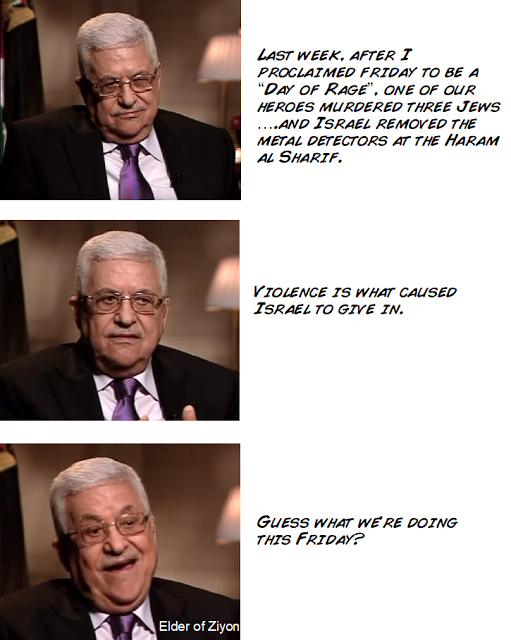 Since I made this, Abbas has said that Muslims can return to the Temple Mount to worship, but it is unclear if he called off the demonstrations.