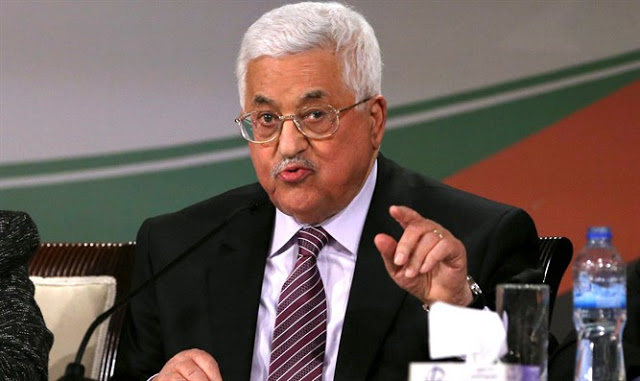 PLO chairman, PA president and Fatah leader Mahmoud Abbas spoke at the African Union Summit in Addis Ababa, where he attempted to torpedo the growing and burgeoning ties between Israel and African countries.

Abbas said that African nations must condition their ties with Israel to Israel’s “commitment to end the occupation of the land of the State of Palestine.”

“The attempts of the Israeli occupying state to participate in your regional conference and to organize regional conferences encourage it to continue its arrogance, its occupation of Palestine and its denial of the rights of the Palestinian people with regard to freedom, sovereignty and independence, these are basic human values and principles…” he said.

“We hope that there will be a link between any progress in the relations between the continent and Israel and its commitment to end its occupation of the land of Palestine which has been occupied since 1967 and whose capital is eastern Jerusalem,” he added.

Of course, Abbas maintains the right to determine that the many Israeli peace moves that he rejects are not appropriate for African nations to consider.

Frightened of the possibility that African economic ties with Israel might translate to political support, Abbas insisted that they continue to vote against Israel in UN and international resolutions, claiming that only that could bring peace.

He also claimed that the Palestinian Authority, which pays salaries to living terrorists and supports erecting monuments to and naming institutions after dead ones, is working with the US as a full partner in the fight against terror.