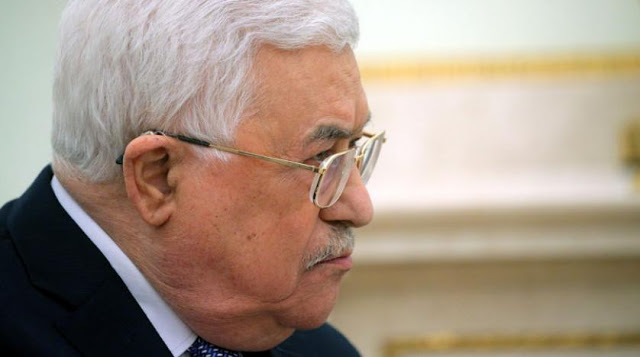 
President Mahmoud Abbas is expected to present the United Nations Security Council during his keynote speech later Tuesday a Palestinian peace initiative and plan, according to Foreign Minister Riyad Malki


He told Voice of Palestine radio that the speech will propose ideas to counter the American aggression, mainly US President Donald Trump’s recognition of Jerusalem as Israel’s capital, moving the US embassy to the occupied city, closing the Palestinian delegation office in Washington and cutting aid to the Palestinians, specifically to the UN refugee agency, UNRWA.

That sounds like a series of complaints, not a plan. Maybe the next paragraph will explain.


The president will also speak about Israeli oppressive measures in the occupied territories, foremost its settlement policy and activities and racist and discriminatory laws issued by the right-wing dominated government and parliament.


Malki said the new Palestinian peace plan calls for ending unilateral Israeli measures including settlements, annulling the Trump decision on Jerusalem and preparing for a broad international conference that would come up with terms of reference for negotiations and commitment to the two-state solution based on the establishment of the independent Palestinian state on the 1967 borders with East Jerusalem as its capital.

He said the thoughts and ideas that President Abbas has raised in his latest speeches and meetings with world leaders were translated into a Palestinian peace plan that will be presented to the Security Council and then to the world at large with a hope that it will lead to serious discourse on a proper mechanism that would allow for return to negotiations.

In English: Give us a state for free on the borders we demand and don’t expect us to compromise on any of our demands, ever. Use the reliably anti-Israel UN to force Israel to do what we demand. No bilateral negotiations with Israel, ever.

Abbas is also expected to say that giving a state to people who openly support terrorism will reduce terrorism. And the UNSC members will nod at his sagacity.