Mahmoud Abbas plans to ask the United Nations to draw the borders of the Palestinian state in his speech to the UN this month. 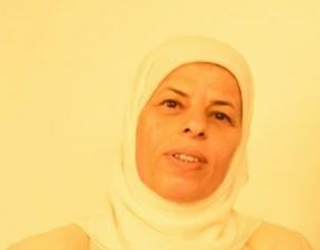 Fatah Central Committee member Dalal Salama said in an interview that Fatah’s central committee will hold a meeting next Tuesday where they will discuss his UN speech.

“These borders, which are referred to by the resolutions of international legitimacy, are already known, but we look forward to a clear UN resolution which may include more specificity, to confront settlement policies in the West Bank and East Jerusalem, as well as to confront the occupation plans to separate the Gaza Strip. We want to define the borders of our independent state, ” she said.

It’s funny because the last time the UN created borders for a Palestinian Arab state, the Arabs rejected them. They want the UN to keep trying until they are happy. (Which incidentally is the entire Palestinian strategy – reject every peace plan by well-meaning Westerners until they get so desperate for “peace” that they offer up all of Israel.)

Salama also spoke about the Palestinian support for the  Convention on the Elimination of all Forms of Discrimination Against Women. Of course, Fatah doesn’t support CEDAW in order to improve the lives of Palestinian women, but to use it to accuse Israel of oppressing them.