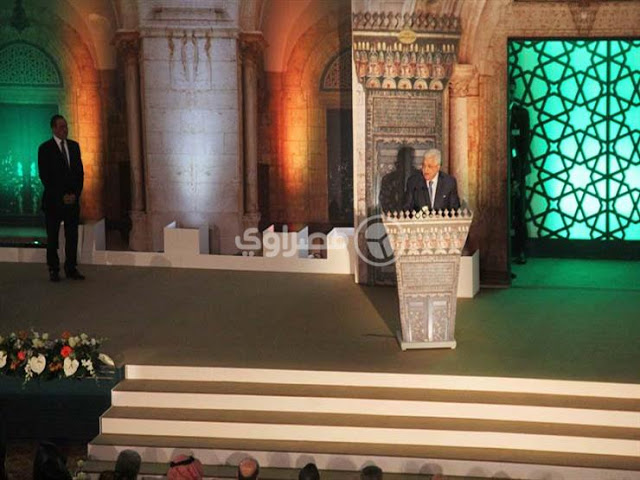 I have not yet seen a transcript of what Mahmoud Abbas said at Al Azhar in Cairo on Wednesday, but the small pieces published in Arabic media are enough proof of his extremism.

Egypt’s Masrawy reports that Abbas said, “There is no respectable Jew in the world who accepts the Zionist entity….There are Jews who say that Jerusalem is for Muslims and Christians and for the Arabs.”

So respectable Jews say that Jerusalem has nothing to do with Judaism. And any Jew who accepts Israel’s right to exist is not respectable.

This is interesting for many reasons, but it also shows that even though Abbas still insists that he only wants a state of Palestine in the West Bank and Gaza – a position he repeated in Cairo – he does not accept the state of Israel. Which means he never did. “Palestine” isn’t an end, but a means to an end – the end of Israel.

By the way, in order to make the Al Azhar conference appear ecumenical, Abbas flew in “rabbi” Dovid Weiss from Neturei Karta to address the Arab audience and tell them that a couple dozen of his sect are the “original Jews” and the millions of others are all fake.

I wonder what Weiss would answer if an Arab asked him if the Temple was built in Jerusalem.