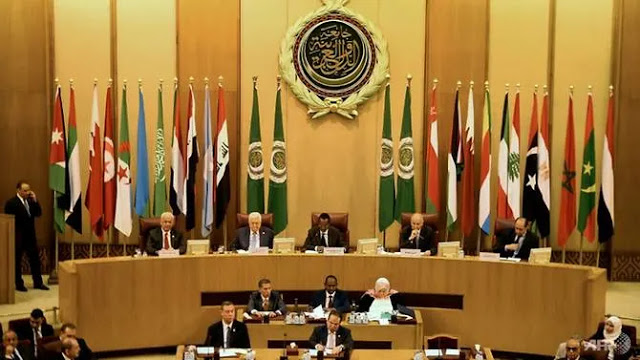 Most of the reports about the Arab League meeting held on Sunday in Cairo say that it accomplished two things the Palestinians demanded: $100 million a month to make up for the funds that the PA refuses to receive from Israel, and a rejection of the Trump “Deal of the Century.”

But Palestinian sources are saying that things are not quite what they appear.

The invitation for the special session said that it was meant to be an explicit rejection of the expected US peace plan. The final statement did not mention the US or the plan explicitly as Abbas demanded; it was watered down to say that the Arab league would not accept any plan or deal that does not comply with “international law, resolutions of international legitimacy and the principle of land for peace.” It also mentioned the 1967 lines and Jerusalem as the capital of a Palestinian state in line with the 2002 Arab peace plan.

Arab media understood this to be tantamount to a rejection of the Trump deal, but the statement did not go nearly as far as Abbas wanted.

Sources say that Bahrain didn’t even want the word “deal” mentioned in the final statement.

Interestingly, the final statement mentioned compensation for Palestinian refugees but not return.

The final statement was also watered down by Lebanon which added demands that Israel give up the Shebaa Farms and other areas that Hezbollah demands, even though the UN certified that Israel withdrew completely from Lebanon. In addition, it  demanded that Palestinian leaders to get their act together, “calling on the Palestinian factions and forces to speed up the completion of national reconciliation.”

As far as the monthly $100 million that the League pledged to make up the budget shortfall, it sounds like these are more empty promises, which we have seen many times in the past. Arab pledges to help Palestinians are often not backed up with actual cash. Sources say that “many countries may not be committed to these (payments)  because of their financial crises or the absence of a political decision to provide support for Palestine.”

In the end, the meeting was the usual platitudes of support for the PLO but in reality all Abbas got was empty words.