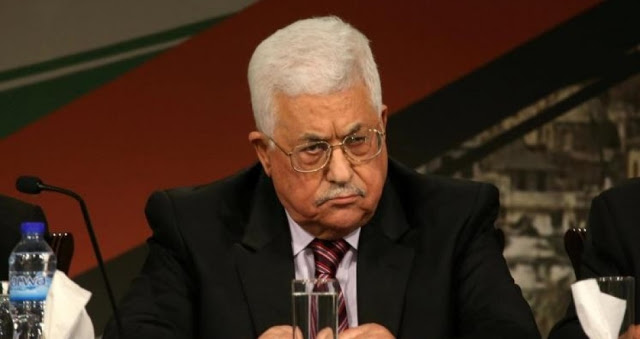 This was anticipated, as Al Monitor reported last week:

Palestinian President Mahmoud Abbas is moving toward dissolving the Palestinian Legislative Council (PLC) in a legally questionable step. The amended Palestinian Basic Law of 2003 does not grant the president or any official Palestinian committee the power to dissolve the PLC.

Abbas’ move would remove any remaining authority and power Hamas has in the PLC, where it won the majority of seats in the last parliamentary elections in 2006. Such a move would further deepen the Palestinian division between the Gaza Strip and the West Bank.

Fatah’s Revolutionary Council led by Abbas issued a statement Oct. 14 after the council had been convening over three consecutive days in Ramallah. In the statement, the Revolutionary Council called on the PLO’s Palestinian Central Council (PCC), which is also led by Abbas, to dissolve the PLC and prepare for general elections in the Palestinian territories within a year.

The PLC acts as a parliament that is elected during general elections. It is considered one of the institutions of the Palestinian Authority (PA).

The PCC is one of the PLO’s institutions that was behind the decision to create the PA in 1993. The PCC is in charge of monitoring the PLO’s Executive Committee that is responsible for implementing the decision of the Palestinian National Council (PNC). The PNC is considered the parliament of the PLO. The PCC also follows up on the work of PLO institutions and submits its resolutions to the Executive Committee for implementation. The PCC members are chosen during elections among the PNC members.

The Basic Law and its 2003 amendments does not grant the PCC or any other party or person the right to dissolve the PLC. Article 113 of the law states, “The Palestinian Legislative Council may not be dissolved or its work hindered during a state of emergency, nor shall the provisions of this title be suspended.”


As a matter of fact, as far as Ramallah is concerned, this body has already finished its life. It has not convened since Hamas captured Gaza, and Fatah “rogue” delegates are arrested despite the fact that they are immune from arrest.

Abbas seeks to terminate the council formally to avoid legal claims by Hamas’ “speaker,” Aziz Dweik, that he is the rightful successor to Mahmoud Abbas in an interim period. Fatah will not let that happen at all costs.

Many of the delegates didn’t even show up at this week’s “important” PLO Central Committee meeting, which can’t do anything without Abbas’ support anyway.

The idea that Abbas is anything other than a dictator is a joke.

Palestine Today gives another reason Abbas wants to dissolve the PLC: Hamas complained to the UN that Abbas should not give a speech representing all Palestinians in September, because the PLC is headed by Hamas. Abbas wants revenge.