Palestinian Authority President Mahmoud Abbas launched an unprecedentedly scathing attack Monday on US Ambassador to Israel David Friedman, calling him a “son of a dog” and a “settler.”

Abbas, addressing the opening of a Palestinian leadership meeting, made the comments hours after Friedman criticized the PA on Twitter for failing to condemn a pair of terror attacks over the weekend.

This was not a slip of the tongue.  Abbas was counting on the controversy and it using it to shore up his popularity among Palestinians.

The Fatah Facebook page shows a poster of Friedman with the Arabic “son of a dog” and “settler” written on it – as a hashtag. 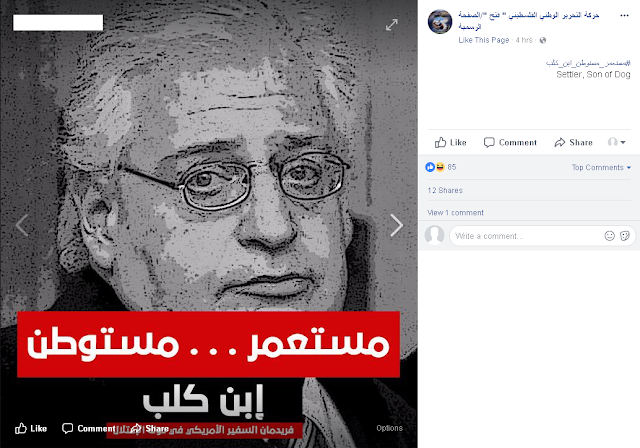 The Haaretz headline on the story is highlighted. 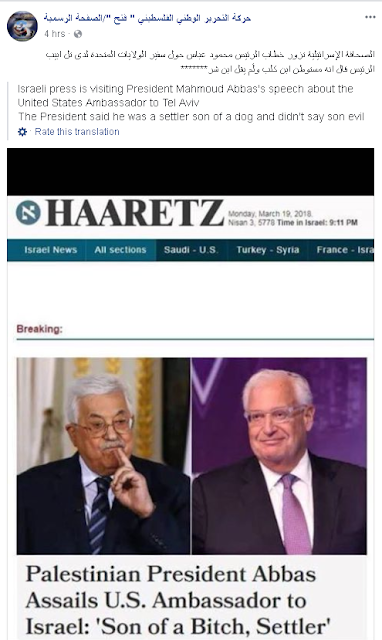 And at the exact same time, a poster of Abbas was published with the word “proud.” 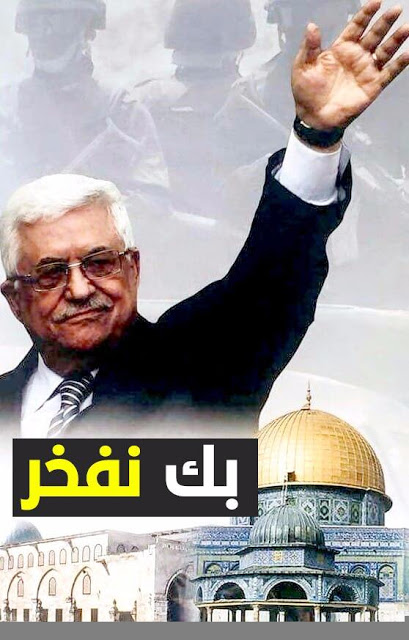 These were all posted in the middle of the night in Ramallah.
This was clearly a scheduled campaign to make Abbas look like he is strong for standing up to America.