Rudeina has been the long time spokesman for the Palestinian presidency and a Fatah media and culture commissioner.

This sounds like a very sudden ascension of Abu Rudeina to be the heir apparent for the aging Abbas. 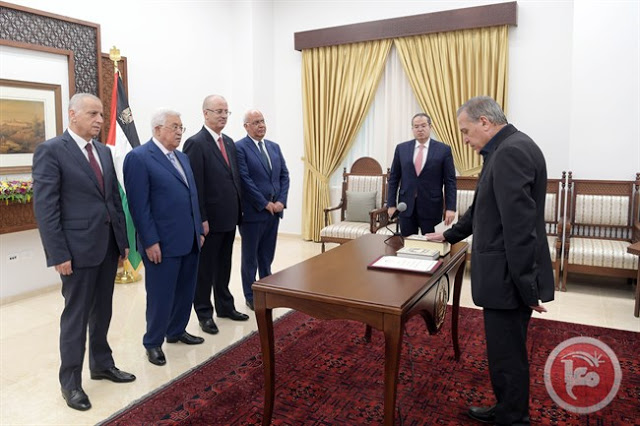 Abu Rudeina has regularly issued mafia-style  threats against the world, saying that if Abbas doesn’t get his way then there will be terror attacks worldwide. Recently he called any US moves to limit free aid to the PA as long as they give salaries to terrorists a “declaration of war.“
This hyperbole will now be more official. Abbas knows that the propaganda war is more important nowadays than any military war and he has chosen to elevate the lies and myths of the Palestinians by promoting the master of lies and threats.
In a normal world, the obvious lies and exaggerations by Abu Rudeina would long ago have prompted  the media to accurately portray Abu Rudeina as “Baghdad Bob.” But there are rules, you see. Palestinians must be treated seriously no matter what they say and how many times they are proven to have lied.
For Palestinians, the bigger the liar, the bigger the reward.