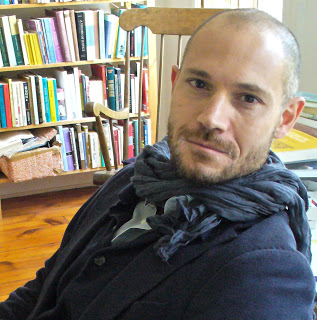 The New York Times has a feature called “The Stone” which is supposed to be “a forum for contemporary philosophers and other thinkers on issues both timely and timeless. “

Omri Boehm,  an assistant professor of philosophy at the New School for Social Research, starts off the way any good propagandist does, by defining his terms initially in order to come to his foregone conclusion:


Zionism [is] a political agenda rooted in the denial of liberal politics.


To appreciate this inherent tension, consider Hillary Clinton’s words from the second presidential debate: “It is important for us as a policy not to say, as Donald has said, we’re going to ban people based on a religion. How do you do that? We are a country founded on religious freedom and liberty.” Here Clinton establishes a minimum standard of liberal decency that few American Jews would be inclined to deny. But she is not the incoming president. Trump’s willingness to reject this standard is now a cause for alarm among Jewish communities, along with those of other American minorities.

Yet insofar as Israel is concerned, every liberal Zionist has not just tolerated the denial of this minimum liberal standard, but avowed this denial as core to their innermost convictions. Whereas liberalism depends on the idea that states must remain neutral on matters of religion and race, Zionism consists in the idea that the State of Israel is not Israeli, but Jewish. As such, the country belongs first and foremost not to its citizens, but to the Jewish people — a group that’s defined by ethnic affiliation or religious conversion.

Boehm, knowing his audience is American, purposefully defines American values as the “minimum standard of liberal decency.” Which means that any country that favors one religion or national group over another is, if you buy Boehm’s  definition of liberalism, indecent.

Yet Denmark, England, Monaco, Lichtenstein, and many other countries have, to varying degrees, state religions.

Many European nations have citizenship laws that favor descendants of those who originally came from their countries over all others. Germany, Hungary and Italy allow people to become citizens after many generations.

Moreover, Israel’s laws protecting freedom of religion are no less liberal than those of any other nation. While France bans burkinis and Switzerland bans minarets, Israel does neither.

Worse, Boehm’s essay at no point acknowledges that Jews are not just a religion – but a people. And the Jewish people have the same right to self-determination as any other people.

Of course there is a tension between Zionism and liberalism, but that doesn’t mean that a Zionist state must be by definition illiberal, as Boehm claims. Zionism is not by any means “rooted in the denial of liberal politics.” It is an obvious lie. Zionism from the outset recognized the rights of all citizens in the Jewish state.

In fact, Boehm does know this, but he creates a false definition of Zionism as illiberal at the outset because he wants to claim that US Jews who support Israel must be betraying their liberalism by definition. And Boehm has an agenda that is more akin to propaganda than education.

Boehm, the supposed philosopher, asserts that Zionists are now flocking to support antisemites and racists and bigots, using a startling lack of logic for a philosopher, pretending that any commonality between some Israelis and European nationalist parties or Christian Zionists is proof of Zionism’s inherent illiberalism.   Boehm’s simplistic proofs could be summarized as “A member of Israel’s ruling coalition says good things about someone whose party’s origins originally included antisemitic ideas – therefore Israel itself is embracing antisemitism.” His flat statements that today’s evangelical Zionists are antisemitic, or that people like Geert Wilders are antisemites, are simply wrong, and yet that is a core part of his argument.


Opposition to the Palestinians’ “right of return” is a matter of consensus among left and right Zionists because also liberal Zionists insist that Israel has the right to ensure that Jews constitute the ethnic majority in their country. But if you reject Zionism because you reject the double standard, organizations such as the American Israel Public Affairs Committee or the Jewish Federations of North America would denounce you as anti-Semitic.

In plain English, this means that Boehm holds that his concept of liberalism clashes with the Jewish people’s right to self-determination. Since Jews aren’t a nation, in Boehm’s estimation, they only have religious rights, not national rights. This is arguably far more antisemitic than  anything that today’s Right (not the alt-right, that Boehm takes pains to conflate with Zionism) espouses.

Yet is it Boehm’s example of what he regards as the “original sin” of illiberal Zionism that proves something a little different than he intends:

The “original sin” of such alliances may be traced back to 1941, in a letter to high Nazi officials, drafted in 1941 by Avraham Stern, known as Yair, a leading early Zionist fighter and member in the 1930s of the paramilitary group Irgun, and later, the founder of another such group, Lehi. In the letter, Stern proposes to collaborate with “Herr Hitler” on “solving the Jewish question” by achieving a “Jewish free Europe.” The solution can be achieved, Stern continues, only through the “settlement of these masses in the home of the Jewish people, Palestine.” To that end, he suggests collaborate with the German’s “war efforts,” and establish a Jewish state on a “national and totalitarian basis,” which will be “bound by treaty with the German Reich.”

It has been convenient to ignore the existence of this letter, just as it has been convenient to mitigate the conceptual conditions making it possible. But such tendencies must be rejected. They reinforce the same logic by which the letter itself was written: the sanctification of Zionism to the point of tolerating anti-Semitism.

When this letter was written, Stern’s assumption was that Hitler did not want to systematically exterminate the Jews, but wanted to encourage them to leave Europe.

It is truly obscene to describe Stern’s desperate effort to save the lives of hundreds of thousands of Jews from the clutches of the Nazis as an inherent Zionist affinity with Nazism. In fact, Stern was known to explicitly compare Hitler to Haman.

But  Boehm is even worse than misrepresenting Stern. Stern’s offer to collaborate with Germany to save thousands of Jews was anomalous. From the right to the left, the Zionist movement opposed Nazi Germany from the beginning. Ze’ev Jabotinsky wrote strident anti-German articles. Mainstream Labor Zionists equally abhorred the Nazis. And, of course, the Zionist  Jews of Palestine actually did join the war effort against Germany, and none of them fought for Germany – unlike some other people in the region.

It is instructive that Boehm digs up this little-known episode as the paradigm of Zionism’s supposed affinity with anti-semitism.

What do you call a man who generalizes about an entire group of people based on problematic anecdotes about a single member of that group?

You would call him a bigot.

You would certainly not call him liberal.

Because Boehm is not a liberal. He is a bigot who is using the language of liberalism to attack and insult a specific group of people he finds distasteful, and he justifies his hate after the fact by cherry-picking examples that do not represent the group at all. And his agenda is to shame American Jews into hating the only liberal state in the Middle East and sympathize with Israel’s very, very illiberal enemies.

This isn’t the first time he has written for the New York Times philosophy column. By sheer coincidence, out of the four columns he has written, all four included anti-Zionist components.

This climactic essay of the series shows that Omri Boehm is projecting his own irrational and pathological hatred of Zionism onto Zionist Jews themselves.

Maybe the New York Times should start a psychology column to evaluate the underlying biases of its columnists. This sort of analysis is needed a lot more than bigotry pretending to be philosophy.