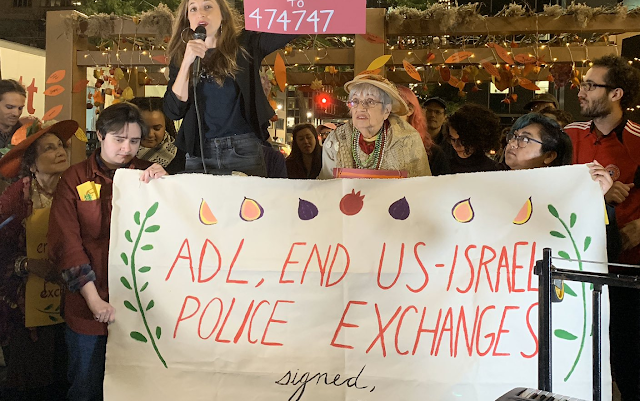 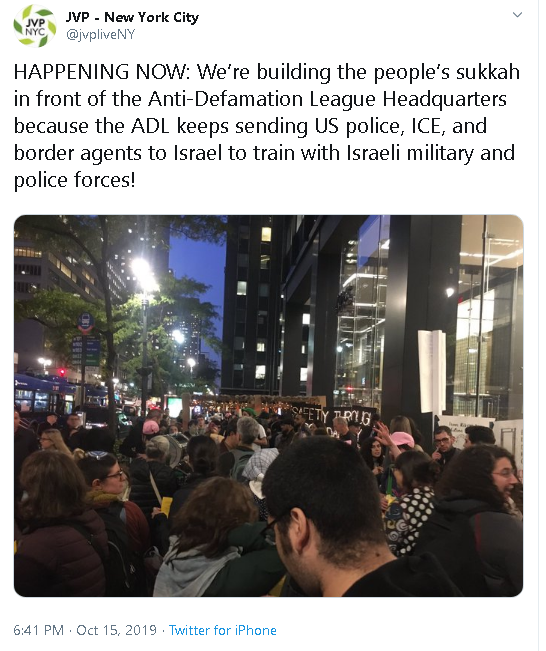 We’ve already dismantled the idiotic claims of the anti-Zionists blaming Israel for US police brutality.
But look at what JVP is claiming here. The ADL, a Jewish organization, is sending US police to Israel. The poor chiefs of police, heads of ICE and border police have no say in the matter – they are apparently under the spell of the ADL and are quite helpless to resist the Jewish mind control forcing them to send their people to Israel to learn how to become cold blooded killers of minorities.
Yes, this is antisemitism. Saying that hundreds of US law enforcement organizations are under nefarious Jewish control is every bit as antisemitic as saying that banks, the media and Hollywood are under nefarious Jewish control.
The JVP has proven itself to be antisemitic with a conspiracy theory that wouldn’t be out of place in Czarist Russia or Nazi Germany.
If you are looking for an example of leftist antisemitism, this is it.