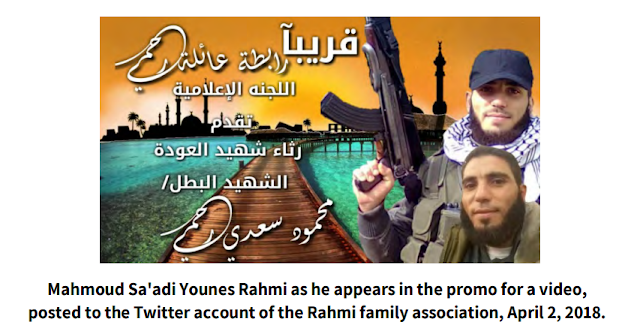 The Meir Amit Intelligence and Terror Center has released its initial analysis of the first 32 people reported killed in the Gaza riots, and they find that as many as 80% of the 32 killed so far have been members of, or associated with, terror organizations.

This information was released on Tuesday, and yet I have not seen it reported. The Western media has been flatly claiming that most of the dead were civilians, when in fact they simply weren’t.

The ITIC lists the names of each of the dead and the reason they believe that they were associated with terror groups.

To give you an idea of how intellectually honest the  ITIC is:  they do not count Abd al-Fattah Bahjat Abd al-Nabi, the person shot on video running with the tire, who the IDF initially identified as Hamas. The ITIC didn’t feel there was enough proof.

On the other hand, teenager Hussein Muhammad Adnan Madhi was found to be an activist with the Hamas student bloc at his school.

This proves that the “Great Return March” is organized by and led by terror groups. The percentage of ordinary Gazans associated with terror groups is nowhere near 80%, so this indicates that IDF snipers are really aiming only at people who are doing something that is illegal or violent.

If this story does not get covered by the mainstream media that has been so certain that most victims are innocent civilians, then this is just more proof that the media is complicit with Hamas’ aims in using these riots as a means to pretend Israel is shooting at innocents.