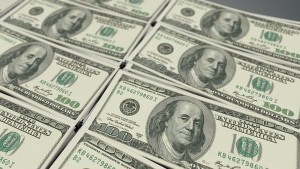 Jerusalem, October 17 – Israeli parliamentary work resumed Sunday following a holiday recess, with the legislative minority predicting that the next corruption charge against the prime minister will bring him down, unlike the hundreds before that came to nothing.
Opposition figures voiced bold predictions that the current government, now in its fourth year, will topple any day now, given new accusations against Likud leader Binyamin Netanyahu, in addition to the countless other accusations he has accepted bribes, violated transparency requirements, condoned corruption, abused employees, or steered government contracts to family and supporters, none of which have generated enough evidence of criminal, or enough political pressure, for him to step down.
“This time we’ve got him,” predicted Opposition leader and Zionist Union chief Tzipi Livni. “This isn’t like the other I don’t know how many times – this one will stick. I’m sure of it. Just wait and see. Law enforcement will catch up to him, despite his attacks on the institutions investigating him. We must defend their independence and functionality at all costs. Our police and prosecutors will indict him for corruption. And if they don’t, we need new police and prosecutors, because they don’t know how to do their jobs properly.”
“I give it two, maybe three months, tops,” pronounced Yesh Atid head Yair Lapid. “The man is a lame duck, no question. You think just because he’s managed to escape being implicated in criminal activity for years and years, that he’ll manage to escape the newest scandal? I’ve got a bridge to sell you.”
Media figures have also joined the chorus foretelling Netanyahu’s political demise. “We’ve got him now,” boasted journalist Nahum Barnea. “I know we’ve said more or less the same thing a hundred times before, but now I’m really, really sure of it. You just wait and see. 338th time’s the charm.”
Some voiced reservations whether this new set of allegation will spell doom for the Netanyahu government, which is expected to serve its full term, with elections in the fall of 2019. “Perhaps this won’t be the final nail in Bibi’s political coffin – he’s a survivor, I’ll give him that, ” averred Zahava Gal-On, formerly the head of the Meretz party and still a voice in progressive politics. “But sooner or later – and most of us are betting on sooner – this government will no longer be in power. By this time next year there will be a date already set for elections, mark my words.”