TOP NEWS
http://elderofziyon.blogspot.com/2017/08/1959-jordanian-guidebook-erases-jews.html
The “Guide to the West Bank of Jordan” was a 1959 booklet, written for Christian pilgrims by Jordanian Christians  Ghattas J. Jahshan and Maheeba Akra Jahshan: 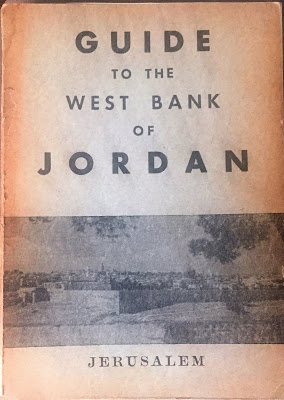 Almost certainly the book was written in conjunction with the Jordanian government as this full page photo of King Hussein indicates. 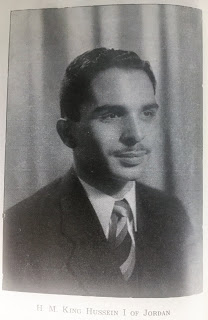 The book does everything is can to erase Jews from the history of Judea.
So while Kings David and Solomon are reluctantly mentioned, King David merely “occupies” Jerusalem and Jews are excluded from its history. 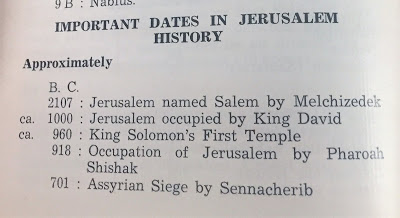 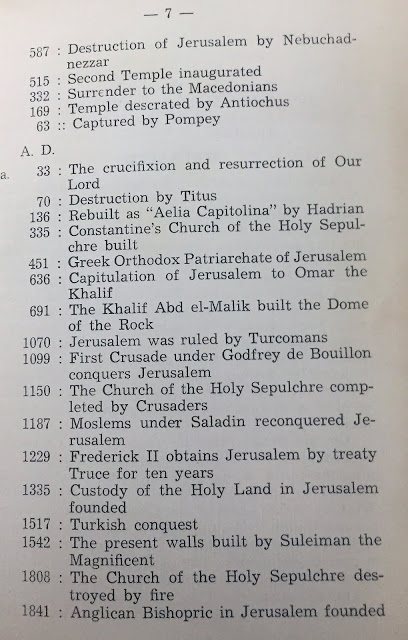 The Jewish Quarter of Jerusalem is the “ex-Jewish Quarter” complete with a new name that Jordan created for it to erase any Jewish history:

The Mount of Olives is described without mentioning the tens of thousands of Jews buried there.

Even the Kotel is mentioned without mentioning anything about Jews.

Its map of the area calls Israel the “Occupied Area of Palestine:” 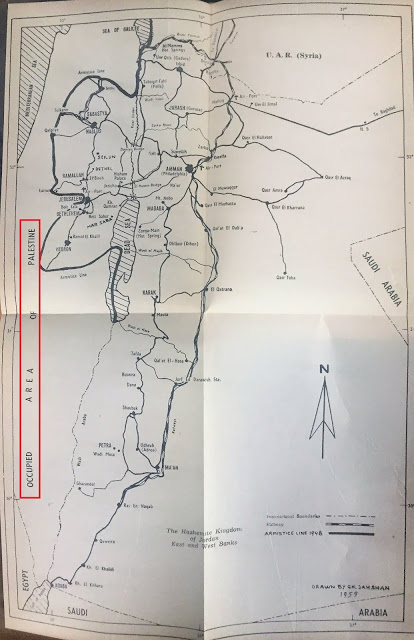 Notice that the West Bank isn’t “occupied Palestine.” It isn’t Palestine at all. Only Israel is.
Yet the book couldn’t erase the Jewish connection to the Temple Mount altogether, calling it “Mt. Moriah.” This is before Muslims succeeded in telling the world that the entire Mount is “Al Aqsa.” 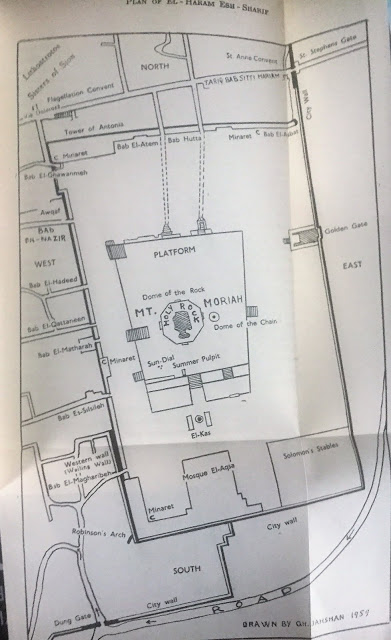