Recently when I saw an op-ed that casually referred to Israel as “racist” I decided to see if anyone had actually ranked nations on their racism by any sort of objective criteria.

The most recent, fact based results came out in 2016 from Insider Monkey, combining public data from two other surveys. 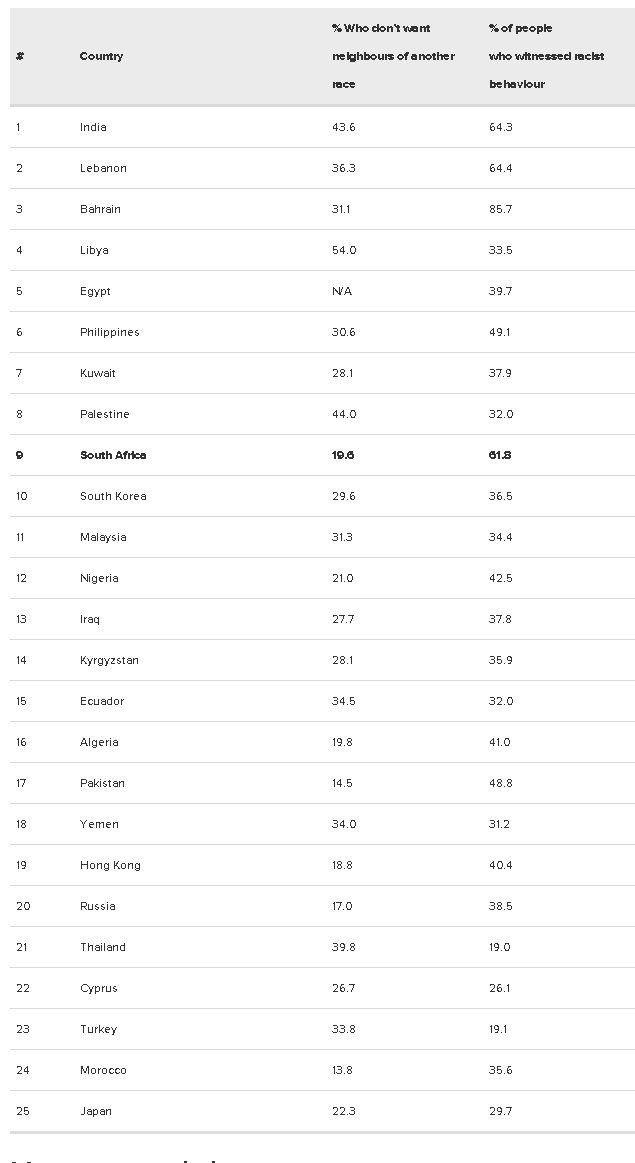 10 of them are Arab. At least 12 of them are officially Muslim. (Hong Kong appears to be a mistake, by the way.)

“Palestine” came in second in the percentage of people who would not want neighbors of another race, behind only Libya.

You will be hard pressed to find the adjective “racist” prepended to any mention of Lebanon or Japan or Turkey, but using that word before “Israel” doesn’t even raise eyebrows. That’s the power of anti-Israel propaganda.

Just another piece of evidence that the people who pretend to be the most liberal for some reason embrace the least liberal causes – when that cause happens to oppose a liberal, tolerant Jewish state.